It’s National Pawpaw Day! Each year, the third Thursday in September is set aside to celebrate the best native fruit you’ve never tried. Despite their tropical taste, which some describe as creamy mango-banana, many of the 60 different varieties of pawpaw trees grow natively in the U.S. from the Gulf Coastal plain to southern Michigan. And while the name pawpaw itself is unusual, other names include Kentucky Banana and Hillbilly Mango. 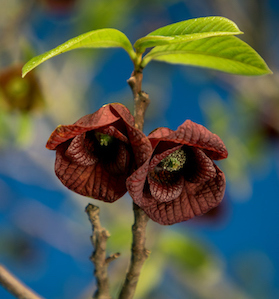 Pawpaws have been a rich part of the fabric of American history from the very beginning. For example, the pawpaw was an integral part of Native American diets. Some may have even cultivated the pawpaw. Early Europeans confused the pawpaw with the papaya.

As part of U.S. history, rumor suggests the pawpaw was President George Washington’s favorite dessert. Presidential farmer, Thomas Jefferson, cultivated the tree at Monticello. Additionally, while Jefferson served as minister to France in 1786, he shipped pawpaw seeds to friends living there. During the Corps of Discovery, Lewis and Clark wrote in their journals that they were quite fond of the fruit. At one point during their expedition in 1806, they relied on pawpaws when other provisions ran low. 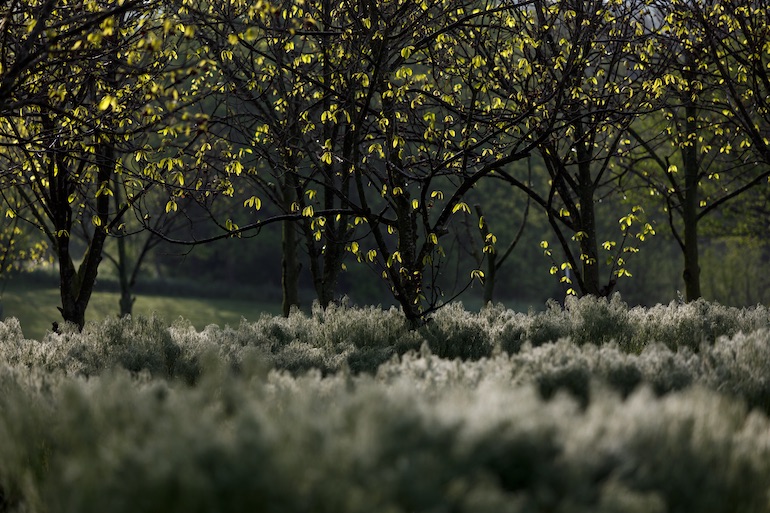 So how did pawpaw go from such popularity to becoming a nearly forgotten fruit?  “I think a lot of people have gotten away from eating locally and seasonally, with fruits and vegetables grown in California, Florida, and Mexico being most of what we see in groceries, and available year round,”  comments, Sheri Crabtree, horticulture research and extension associate at the Kentucky State University (KSU) Land Grant Program, the only full-time pawpaw research program in the world. “Also people tend to be less connected to the land and may not know about native fruits, such as pawpaw. In the past, more people foraged for wild plants, or had native fruits growing wild on their farms. Now some of the habitat has been lost and more people live in urban areas.” But luckily, that dynamic is changing. “There’s a lot of interest in recent years in local foods, native plants, and sustainable agriculture that has led to increased interest in pawpaw again,” says Crabtree.

This seasonal fruit enjoys a peak harvest time from late August through the first frost. Pawpaws will generally grow in USDA zones 5-8, and two trees are needed for cross pollination. They prefer deep, well drained, slightly acidic soil, and plenty of moisture. Pawpaws will grow in anything from full sun to fairly heavy shade. Light to moderate shade is ideal for establishing young seedlings and newly transplanted trees. Fruit production will be greatest on mature trees in full sun, while very few fruits will be produced by heavily shaded trees. Some recommended cultivars are KSU-Atwood, KSU-Benson, KSU-Chappell, Shenandoah, Susquehanna, Wabash, Potomac, Tallahatchie, Sunflower, NC-1, and Overleese. 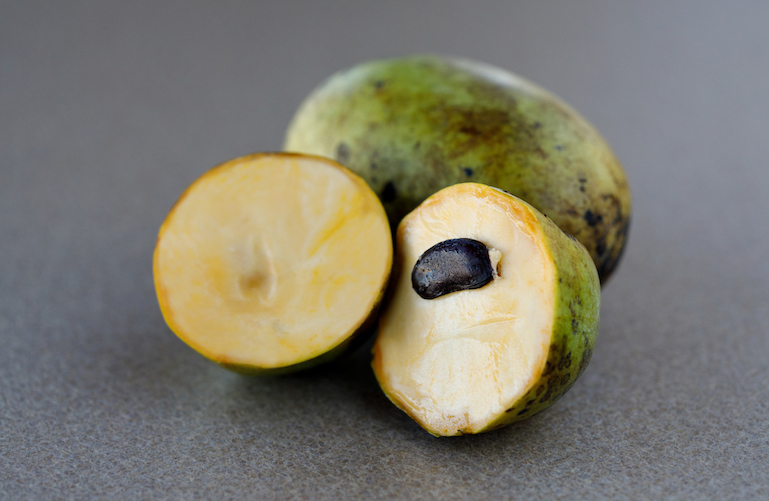 KYSU’s third pawpaw cultivar, the KSU Chappell, is a creamy version of the US native fruit.

When planting trees, allow 8 feet (2.5m) between them. Water newly planted trees immediately after planting, and as needed throughout the growing season. Pawpaw trees require adequate soil moisture, especially in the first two years after planting. Transplant shock may be reduced by providing temporary partial shade to newly planted trees. Application of a balanced fertilizer (20N-20P-20K) every few weeks during the first half of the growing season may also improve growth and establishment of young trees. 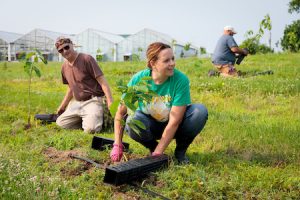 KSU founded National Pawpaw Day to celebrate the delicious fruit and raise awareness of its history in the U.S. The KSU Land Grant Program strives to improve growing methods, breed new improved cultivars, develop new products, and gain a better understanding of the fruit. KSU offers free pawpaw seeds in packs of 10 upon request. However, due to high demand, they have already exceeded the limit for September. Visit here after October 1 to fill out the seed request form. Or, check out the list of nurseries carrying pawpaw.