Emerald Ash Borer (EAB) , a destructive beetle that threatens ash trees, is still spreading. EAB was recently confirmed in Broomfield, CO, according to officials at ArborScape Services, a tree and landscaping service based in Denver.  A resident contacted a city forester after discovering a suspicious insect that was later confirmed as EAB. 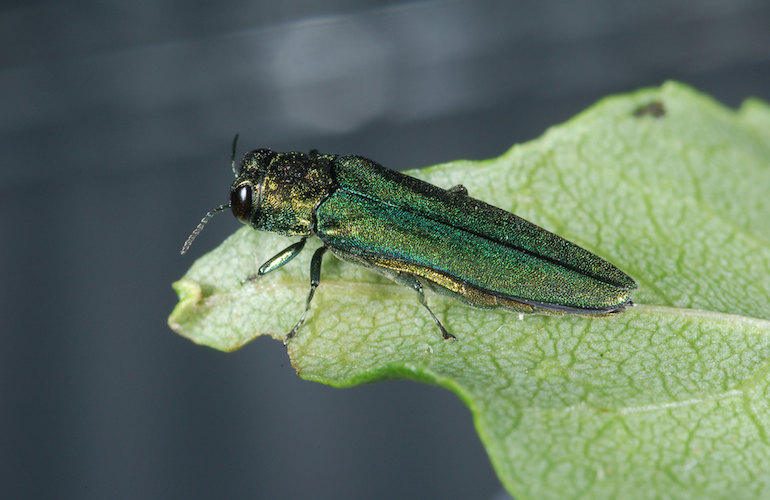 EAB is responsible for the destruction of tens of millions of ash trees in 30 states, according to the U.S. Department of Agriculture (USDA).  It was first discovered in southeastern Michigan in 2002 and is currently found in Alabama, Arkansas, Colorado, Connecticut, Delaware, Georgia, Illinois, Indiana, Iowa, Kansas, Kentucky, Louisiana, Maryland, Massachusetts, Michigan, Minnesota, Missouri, Nebraska, New Hampshire, New Jersey, New York, North Carolina, Ohio, Oklahoma, Pennsylvania, Tennessee, Texas, Virginia, West Virginia and Wisconsin. In many of these states, federal quarantines exist in several, if not all, counties. A map of counties with quarantines can be found here.

“It’s not shocking that Emerald Ash Borer was found in Broomfield County, given its proximity to Boulder County,” said Matthew Johnson of ArborScape Services. “It’s important [for homeowners] to consider what ash trees… [they] wish to preserve and then plan accordingly.”  Johnson added he was disappointed that the strict quarantine didn’t prevent the spread but said it appears to have slowed it down.

The Boulder County quarantine banned movement of all hardwood logs and debris, not just ash, out of much of the county.  That includes tree services tasked with removing or trimming a tree. This can raise the costs for all tree work. 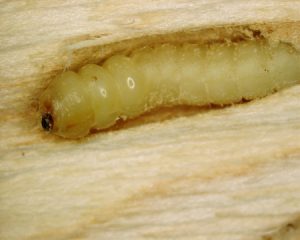 “We wish it wasn’t so narrow, because even if you have a locust or maple, which aren’t EAB targets, it can add significantly to the cost of your work simply because you have to make different arrangements for disposing of all hardwood debris,” comments Johnson.

No federal quarantine in the county was announced pending identification of actual trees symptomatic of EAB infestation.  Forestry officials say identifying the presence of the insect itself is the first step, but they will also have to find evidence of ash trees which have been infested before a quarantine is considered. 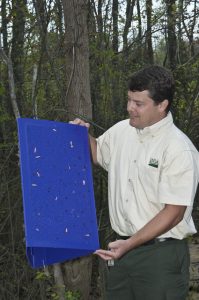 An APHIS Plant Health Safeguarding Specialist checks an EAB purple survey trap to see if any EAB beetles have been caught. The traps are placed in the spring, checked throughout the summer, and taken down in the fall.

“From our experience, it won’t take very long to ID ash trees victimized by EAB. Once you find the beetle, it becomes easier to find infested specimens, usually right in the neighborhood of discovery,” said Johnson.

The City and County of Broomfield has treated its 2,900 ash trees located on right-of-ways and in parks to resist EAB, but private landowners and HOAs will still need to do their part.

EAB was first discovered in the state of Colorado in 2013. It started in Boulder and has spread to Lyons and Lafayette. Quarantines are meant to slow, not prevent, the spread of EAB. Thus far, that strategy has worked, allowing populous counties south of Boulder to prepare.  “Every year of preparation allows cities to minimize its long-term removal costs that much more, should trees become infected,” Johnson said. “This is important to understand because it becomes extremely dangerous and hazardous to remove a diseased ash and exponentially increases the cost to remove it. So prevention and strategic removal is a must.”

According to the USDA, signs and symptoms of EAB infestation include: yellow, thin or wilted foliage; unusual woodpecker presence and packing holes; D-shaped beetle exit holes; and shoots growing from roots or a tree’s trunk, often with larger-than-normal leaves. For more information, visit the USDA Animal and Plant Health Inspection Service EAB page.