As a landscape business owner, you’re probably always looking for tools and processes to help you run your business better. More specifically, you’re in search of ways to improve efficiency and productivity in order to boost the bottom line. For those who have implemented it, one tool for running a better business has been landscape business software. 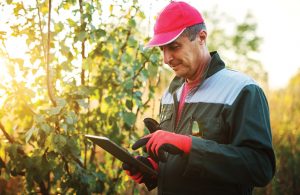 “In general, software is a valuable tool to help you be able to look at data and make better decisions about your business,” says Hank Wilson, CEO of SunScape Landscaping in the Austin, TX area. “We use software in a lot of different ways including closer scrutiny of sales activity, estimating, production, and job costing.”

Wilson uses Aspire Software and credits it for helping his business take the leap from an $800,000 business to $6 million operation. He says that being able to know how all jobs were performing—including analyzing budgeted versus actual hours—is what helped him make wise decisions over the years. If a job got off track, corrections could be made before money was lost. That has led to increased profitability.

For Julie McHale, controller for McHale Landscape Design, a $20 million full-service landscape and maintenance company headquartered in Upper Marlboro, MD, the benefits have been similar. McHale, who uses Asset from Include Software, says that software has always been an essential tool to the company’s overall success. In fact, McHale was using a simple software program back in 1981 (when the company got its start)—a time when many landscape businesses didn’t even have computers. But that was a basic accounting program.

McHale says that switching to a tool as powerful as Asset has been a gamechanger. Tracking jobs and paying close attention to budgeted versus actual hours has been incredibly helpful in making decisions to help keep the company profitable, she says. She has also been able to utilize Asset to complete payroll—a task that was cumbersome using Excel spreadsheets.

The Value Of Real-Time Data

Like Wilson at SunScape Landscaping, McHale says that software provides the capability to track jobs and get updates in real-time. In fact, it’s even been instrumental in allowing McHale Landscape Design to create a gross margin bonus plan for crew leaders. When employees are able to increase the gross margin, the company has pledged to share some of the profits with them. Without real-time tracking of how jobs are performing, this incentive would not work.

Michael Kravitsky IV, owner and president of Grasshopper Lawns, Inc. in Larksville, PA, agrees that real-time data has been very important. Kravitsky, who uses Real Green Systems’ Service Assistant, says that the GPS tracking capabilities of this software—which allow him to see where his trucks are and what work is getting done—have been incredibly helpful.

“I can go to the mapping and see the jobs that any given truck has already done, what roads they have traveled on, and in what order the jobs were done,” Kravitsky says. “If it’s done differently than the way we routed it that morning, we can inquire why. That’s made us much more efficient at routing.”

Given the company’s rural area and the fact that routing mistakes can be a huge profit killer, Kravitsky says that this feature has prevented costly errors.

“We put our jobs in the most efficient order and we want to make sure they’re performed that way,” he says. “Throughout the day we will check in, using the software. If we see that a crew member bypassed a job—particularly one that’s far away from any other jobs—we’ll call right away to make sure it’s completed. The last thing we want is for them to drive all the way back here and have to run back out to a single job, not located near any others.”

While landscape business software can be a powerful tool to improve multiple aspects of a business, it’s important to remember that it takes some work in order to bring about success. Implementing software is not a simple process but those who have been through it say it’s worth it.

“In order to get the most out of software, you have to commit to it becoming part of your culture and using it to its full capacity,” Wilson says. “It requires work—inputting a lot of data to be able to get the data out of it that you want to analyze.”

Nanette Seven, vice president of Include Software, says that in computer science, there’s an expression: “garbage in, garbage out.” In other words, incorrect or poor-quality data input will produce faulty output. Seven says in order for software to be able to do its job, users have to invest the time and energy to set the system up to work for their needs.

“It’s a time investment, but it will pay off for you if you’re willing to commit,” she says. “However, no software program is going to be able to fix bad systems and processes. If you don’t have the processes in place, then that’s the best place to start before you consider adding software.”

Wilson agrees. “Software is not a magic bullet that is going to fix all of your company’s problems,” he says. “But if you use it the way you should, it can absolutely help support and even improve your business. It helps us make decisions faster—and better—and it’s made our business run smoother overall. But it took time to get here. View it as an investment. You have to put time, energy, and resources into it—but the output is worth it.” 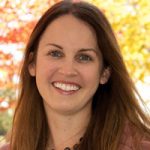 Getz is an award-winning freelance writer based in Royersford, PA. She is a frequent contributor to Turf magazine.

Do you have a comment on this topic? Share your thoughts in the Comments section below or send an e-mail to the Editor at acosgrove@groupc.com.