Neil Cleveland has joined PBI-Gordon as vice president and general manager. Cleveland will oversee all aspects of the PBI-Gordon Professional Turf & Ornamental and Home Lawn & Garden Business Unit, including product sales, marketing, operations, research and development, regulatory, and technical services. He will be based out of the company’s headquarters in the Kansas City metro area. 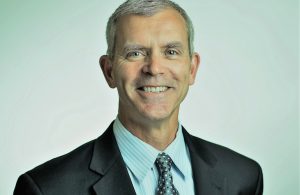 Cleveland replaces Tom Hoffman, who is retiring from PBI-Gordon in October 2018. Hoffman joined the company in 1983, and throughout his 35-year career, has overseen considerable growth as PBI-Gordon has evolved into the business it is today.

An industry veteran, Cleveland was most recently director of Commercial Operations for Bayer’s CropScience division, a position he held since 2012. Prior to that, he held a series of domestic and international management-level positions with Bayer and ChemLawn Services during his 30-year career.

Cleveland holds a Bachelor of Science degree in Agronomy from Delaware Valley College of Science and Agriculture. Throughout his career, he has served on the boards of the Professional Lawn Care Association of America and Project Evergreen, as well as being a member of the Golf Course Superintendents Association of American Industry Council. He most recently served as president of the Mid-America CropLife Association (MACA).

“We thank Tom for his leadership and dedication in his 35 years with PBI-Gordon,” said Don Chew, CEO of PBI-Gordon. “Neil brings a wealth of industry experience to the role of general manager. He is a true professional in every sense of the word and will be an integral part of our team as we expand and refine our product portfolio in the years to come.”

With a line of herbicides, insecticides, fungicides, growth regulators and other products, PBI-Gordon Corporation is a national leader in the professional turf and ornamental management industry. The company also develops and markets products for the consumer lawn, garden, and farm and ranch markets, as well as animal health and grooming products for consumers and veterinarians. The company has been in business since 1947, and is 100 percent employee-owned.