“To ease people’s work with and in nature” was the vision that the engineer Andreas Stihl had when he founded his company Waiblingen, Germany in 1926. One product that successfully carried the company founder’s vision to the world starting in 1959 was the STIHL Contra chain saw, which hit the market 30 years after the first STIHL two-man gasoline-powered chain saw. The first gearless STIHL one-man chain saw was a milestone for the world of forestry and for the company. In 2019, the chain saw and power tools manufacturer celebrates the 60th anniversary of the “legendary Contra” — the pride of collectors and owners alike. 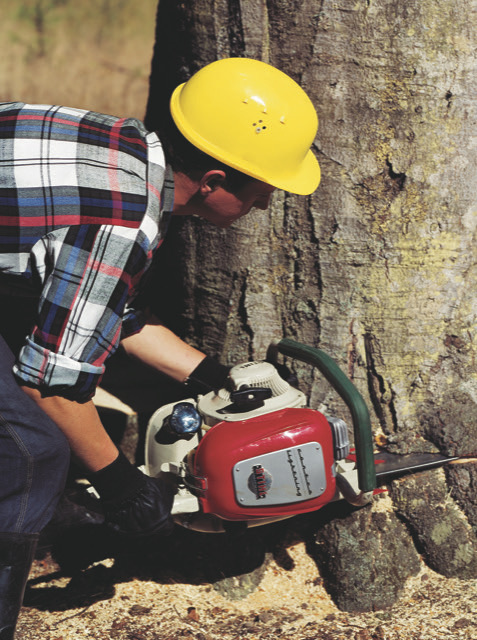 In 1959, Andreas Stihl achieved a technological breakthrough. The Contra, a gearless one-man chain saw, made forestry work significantly easier. Equipped with a chipper-tooth chain and a diaphragm carburetor capable of working in any position, the chain saw offered unlimited flexibility without having to manually change settings. Thanks to its compact and streamlined design, the Contra weighed in at just 12 kilograms while also being more efficient than its predecessors, with engine performance of 6 hp (4.4 kW) and a maximum speed of 7,000 rotations per minute. As a result, it was lighter and more efficient than any other product on the market, allowing forestry operations to increase their productivity by 200 percent.

After its official launch, it did not take long for the Contra to gain recognition as the one-man gasoline-powered chain saw with the highest cutting performance. Its successful start on the German market would soon give way to a global sensation. The Contra’s success ushered in a new era at STIHL, helping the company achieve a double-digit increase in revenue. With all signs pointing to prosperity and growth, the rapid expansion associated with the gasoline-powered chain saw’s success made it both possible and necessary to increase the company’s capacities.

In the years that followed, STIHL would build new production facilities and an additional new plant in Waiblingen. In the following 10 years, the company’s workforce grew from roughly 640 employees in the year 1959 to over 1,500 in 1969. Production volume also saw marked growth. 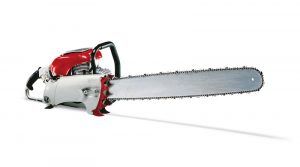 Based on the technical foundation laid by the Contra, STIHL has worked constantly in the years since to further improve the safety, ergonomics, environmental friendliness, and performance of its chain saws. From the anti-vibration system first installed in the Contra in 1965 and the QuickStop chain brake to catalytic converters, emission-reduction technologies and the launch of battery technology for chain saws 10 years ago, STIHL has constantly been raising the bar. The latest milestone is the STIHL injection technology, which is featured in the STIHL MS 500i gasoline-powered chain saw – the world’s first mass-produced chain saw with electronic fuel injection.