When King University (until 2013, King College) needed a new walkway, it went with a tried-and-true product that complements the school’s current campus, which dates to 1917: clay brick.

It was a wise decision on BurWil’s part. The project received an honorable mention in the category of clay brick-commercial in last year’s Hardscape North America competition. 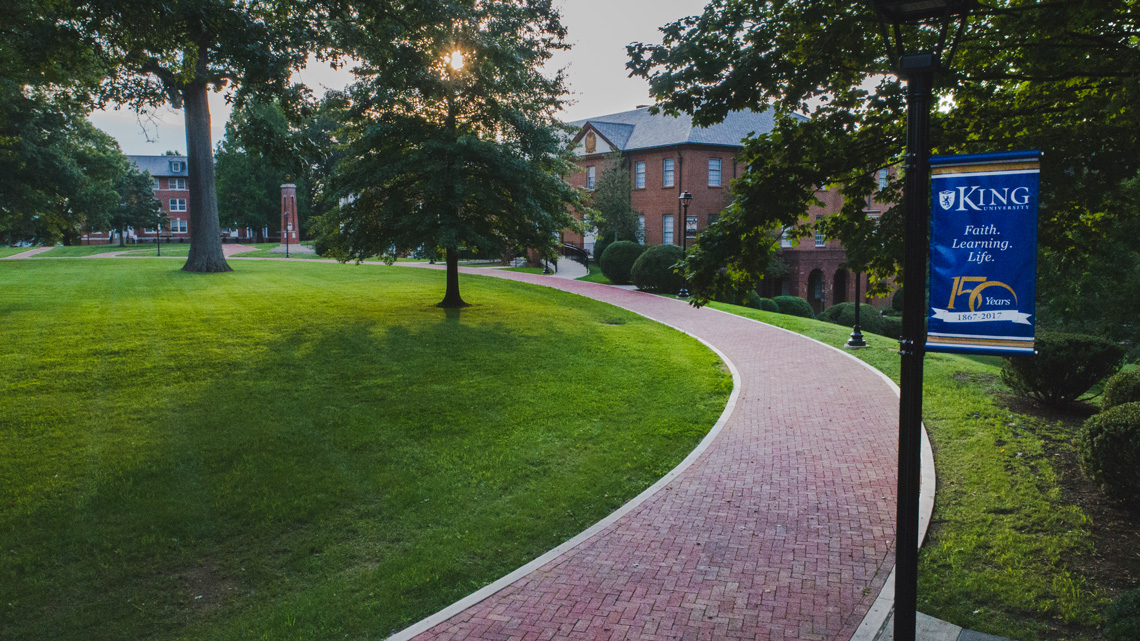 Adam Dennison, Poor Boy’s owner, says his company does quite a bit of hardscape work for BurWil, including both pavers and retaining walls, and is an authorized Belgard contractor. This job, he says, was straightforward.

“The old walkway had been brick, as well, and just due to time and weather and wear-and-tear it had deteriorated,” he says. “It had reached a point where high-heeled shoes were going down in the cracks and it was becoming a hazard. They needed to get it redone to make it safe and more functional.” 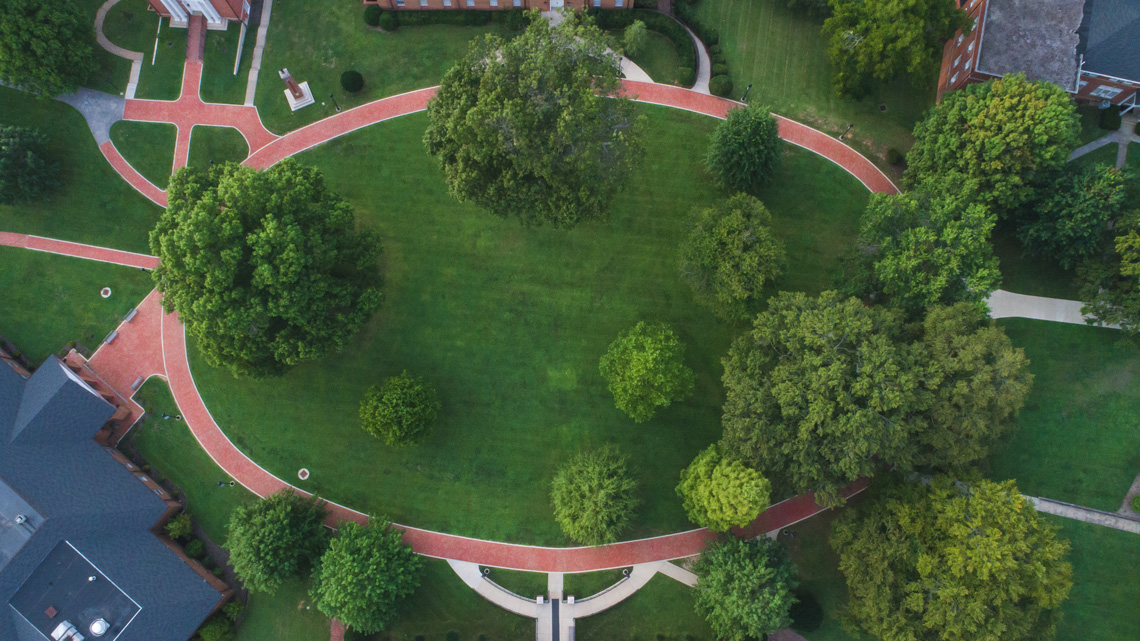 The new clay brick pavers were the largest part of the job, although Dennison says BurWil also did several other things to make foot traffic easier on the campus, including concrete steps, handicapped access ramps and some hand railings.

“It was a whole big area that was redone,” he says.

BurWil also played a role in the sidewalk repair. Dennison explains that to provide additional stability to the pavers, that company installed 12-inch concrete curbs on either side of the 10-foot-wide walkway. 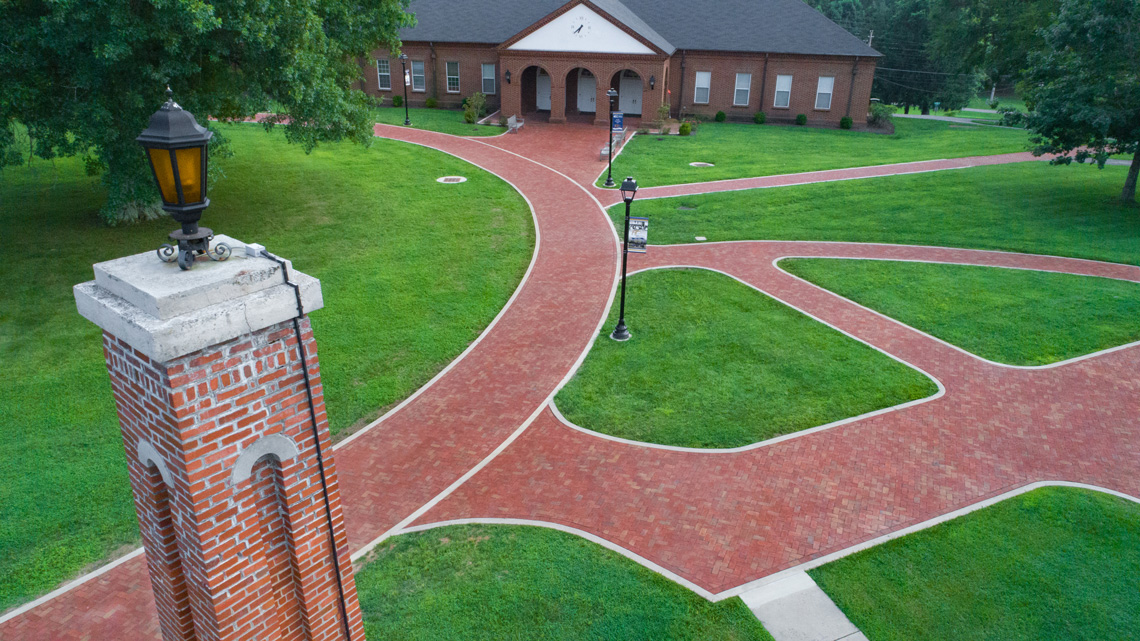 “The idea was to give it more stability,” he says. “They do have to use it to give access to vehicles such as electrical repair trucks, and they wanted to make sure if people were going to drive up on it, it wasn’t going to fall apart.”

Poor Boy was responsible for putting down the gravel and sand base, however, as well as the actual installation of some 12,500 square feet of the clay brick pavers, which were supplied by General Shale, a block and brick manufacturer also located in Johnson City.

Dennison says it took his company almost two-and-a-half months to complete the job, averaging 10 men on the site. He charged $75,000 for that portion of the job. 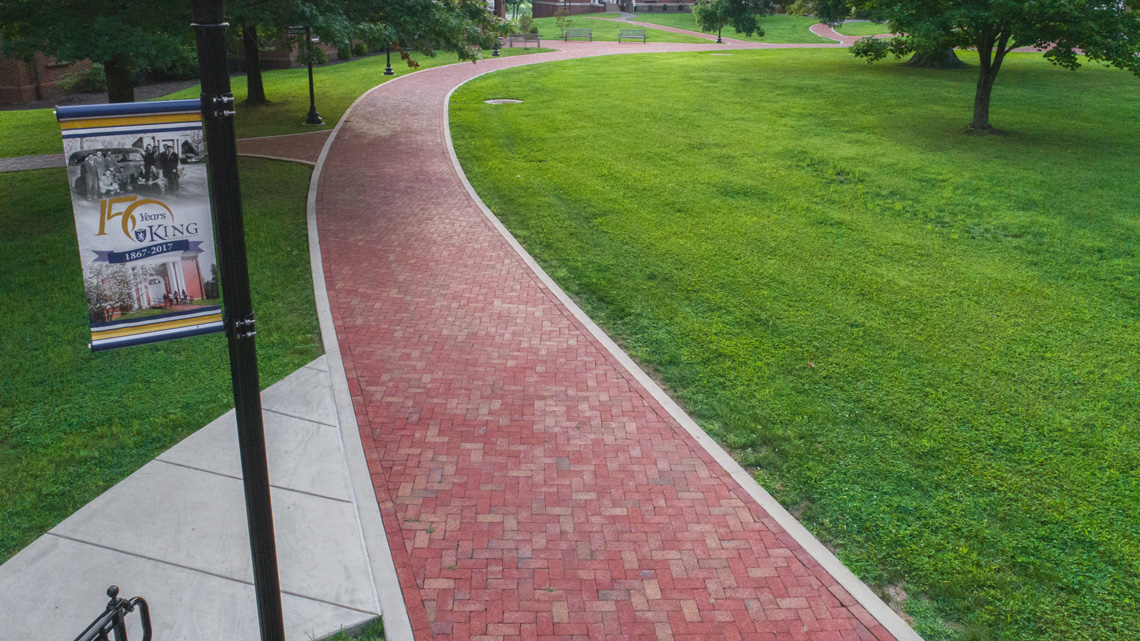 The biggest challenge, he says, was simply the weather.

“It was during the winter,” Dennison explains. “It was wet and muddy. We were trying to screed gravel and sand, and often it would be frozen and then we’d have to bring in heaters to thaw the material, so it wouldn’t be an issue later.”

The actual installation of the bricks was straightforward, too. Dennison says they were simply butt-jointed and tamped, and the joints were then sanded.

Less bothersome than the weather was the student population – part of the work was done during a school break, and BurWil established alternate walkways during construction – and the trees along the route. 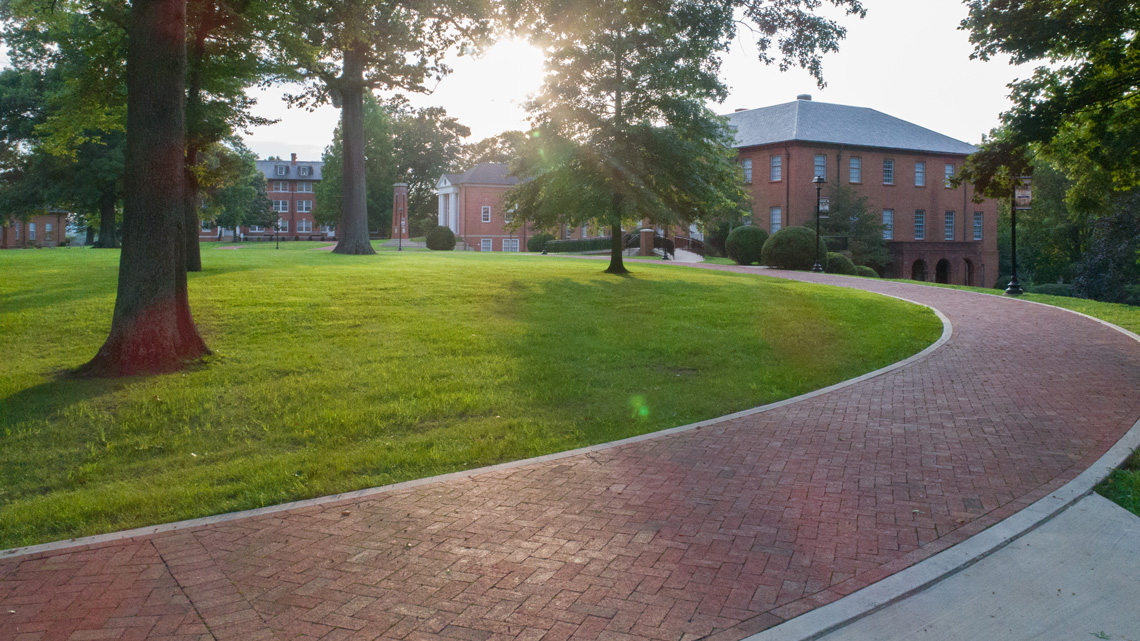 Dennison says he can’t say whether tree roots were a problem for the old sidewalk, since he wasn’t called to the site until after the old brick had been removed. However, he says the presence of older trees on the campus was a concern.

“It was kind of a maze because BurWil had the trees staked off, so we could only get so close to them,” he says. “We’d have to weave our way through to get to whichever side of the project we were working on.”

Fortunately, he adds, none of the trees were damaged during construction.

“They’re pretty old, and they were trying to take care of them as best they could under the renovation.” 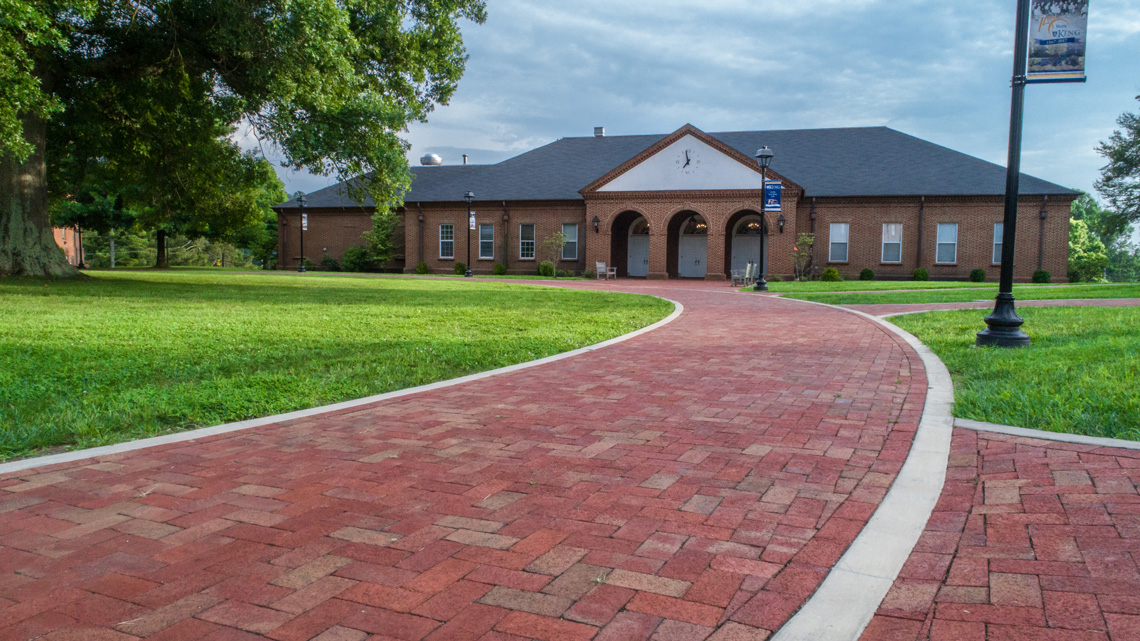 That care for the trees is one of the reasons this project is a success and a prize-winner, Dennison believes.

“It just all goes with the historical aspect of the college,” he says. “The whole campus is that same style of brick, and that color, and that’s the reason they went with the clay pavers: to keep the same feel throughout the campus and make it match.”

While he’s proud of the great look and feel of the project – and the award – Dennison says for him the best thing about the job is the showcase it has provided to Poor Boy.

“There are so many people in the community who have seen it and see it every day,” Dennison concludes. “It’s been a big focal point for our company.”